Gunn celebrates his birthday on the 22nd of May every year.

Gunn stands at an average height of 5 feet 8 inches with a moderate weight.

Gunn was born and brought up in the USA by his loving parents, Leota and James Gunn. He is the youngest of six children. His siblings are James Gunn, Matt Gunn, Brian Gunn and Beth Gunn.

Gunn attended the Jesuit St. Louis University High School with his brothers. He graduated in 1992. Thereafter, he joined The Theatre School at DePaul University.

Gunn is married to his loving wife, Natasha Halevi who is also an actress. In their marriage, Gunn and his wife are yet to reveal whether they have children or not.

Sean Gunn Net Worth | How Rich is Sean Gunn?

Gunn has an estimated net worth of $7 million as of 2022, from his successful career. Gunn’s primary source of income is his career as an actor. Through his various sources of income, Gunn has been able to accumulate a good fortune but prefers to lead a modest lifestyle. 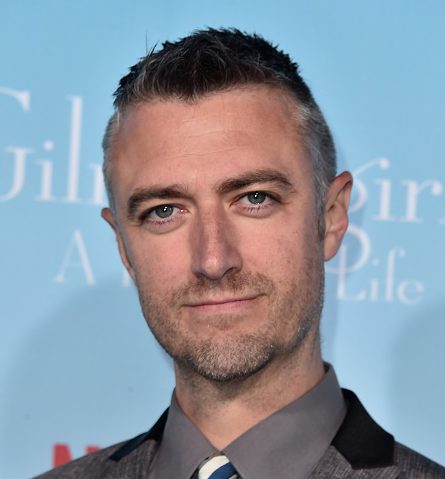 Gunn appeared in The Man Who Invented the Moon, a featurette directed by fellow Goodman School of Drama alum and Gilmore Girls cast member John Cabrera in 2003. Gunn and Cabrera have been close artistic colleagues since they were in high school in Chicago in the mid-1990s.

Gunn is best known for his regular role on Gilmore Girls, but he has also appeared in Angel, 3rd Rock from the Sun, Yes, Dear, True Jackson, VP, Andy Richter Controls the Universe, and Bunheads.

Also Read About: Aramis Knight Bio, Wiki, Age, Height, Girlfriend, Into The Badlands and Net Worth