Stephanie Elam is a well known American news journalist who works as a correspondent for CNN in Los Angeles. She has several stories since joining the TV network, including the eruption of Hawaii’s Kilauea volcano, which destroyed much of the Leilani Estates community on the Big Island.

Elam formerly worked as a Saturday evening anchor and general assignment reporter for KNBC in Los Angeles. She was born in the United States of America and grew up in Saratoga, California, where she attended Saratoga High School. Stephanie then moved to Washington, D.C. to attend Howard University, where she earned a bachelor’s degree in broadcast journalism in 1995.

Elam celebrates her birthday on the 23 rd of January every year.

Elam stands at an average height of 5 feet 6 inches with a moderate weight.

Elam was born and brought up in the USA by her loving parents. However, she has not disclosed any further information on her family or her siblings.

Stephanie enrolled at Saratoga High School. Afterwards, She later, attend Howard University where she earned a degree in broadcast journalism in 1995.

Stephanie is happpily  married to her loving husband, Jeff Rush, who was an investment banker. The couple got married on August 2, 2008. They are blessed with  their firstborn daughter, Simone born on May 29, 2010. 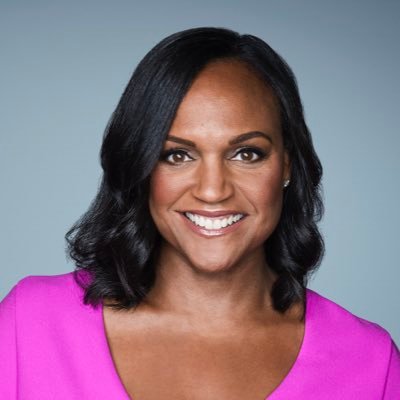 Elam presently works as a journalist for CNN in Los Angeles. She began her work in New York as a copy editor for Dow Jones Newswires. Elam then joined Bridge News, an international news agency. After joining Bridge, she began her transition to broadcast journalism by reporting corporate profits for Nightly Business Report, a PBS business show. Elam was also a daily morning financial news anchor for First Business, a nationally syndicated financial news network. She also contributed often to WebFN, a streaming financial news service.

Stephanie was New York’s sole full-time reporter throughout her stint at WebFN. She often discusses economic and financial issues on CNN’s main morning show, “American Morning,” as well as hosting the network’s monthly program, “Your Bottom Line.” Elam worked for CNN from August 2003 to April 2011, covering a variety of topics that defined an age, from the biggest financial crisis in decades to Michael Jackson’s death. She was a business news journalist for CNN in New York City before coming to California with her husband.

Elam joined CNN’s Money Team in 2003 and submitted reports mostly during the 2008 financial crisis and the looming downfall of several large firms. She also co-hosted a show called “Black Enterprise Report” from January 2005 until March 2007.

She has covered significant events such as Pope Benedict XVI’s visit to New York City and Captain Richard Phillips’ family in Vermont while he was imprisoned off the coast of Somalia. Elam has also written for Headline News and CNN International. From August 2011 until November 2012, she served as a weekend anchor and general assignment reporter at NBC4 Los Angeles  before returning to CNN.

Elam is an American by nationality and African-American descent. She also has European ancestry.

CNN News’ Elam receives an annual salary of $72,507 from her career as a news journalist.

Stephanie Elam Net Worth | How Rich Is Elam?

Stephanie has an estimated net worth of $200,000-$500,000 as of 2022, from her successful career. Stephanie’s primary source of income is her career as a Journalist. Through her various sources of income, Elam has been able to accumulate a good fortune but prefers to lead a modest lifestyle.

How Old Is Stephanie Elam?

Stephanie is happpily  married to her loving husband, Jeff Rush, who was an investment banker. The couple got married on August 2, 2008. They are blessed with  their firstborn daughter, Simone born on May 29, 2010.