Karyn Greer is an American Journalist working as an investigative reporter at CBS46 in Atlanta, Georgia. She anchors on weekdays at Noon and she is recognized as an Emmy-award-winning anchor. On the other hand, she was in the headlines of the local television market as the past president of the Atlanta Press Club.

Karyn Greer Age | How Old is She?

Greer celebrates her birthday on the 20th of June every year.

Greer stands at an average height of 5 feet 7 inches with a moderate weight of 65Kg.

Greer maintains a healthy diet and lifestyle due to her career. In her Facebook page, she shared; “If you want to lose weight, form a habit, or start the day with a mood boost, morning exercise is better.”

Greer was born and raised by her loving and caring parents. Even on her social media platforms, she frequently talks about her parents and family as well. She has a very supportive family and takes her father Ronald Greer as her inspiration.

Greer graduated with a Bachelor of Arts degree in Speech Communication and Broadcast Journalism from the University of Illinois at Urbana-Champaign.

Greer is married to her loving husband. She has however never mentioned the identity of her husband. In their marriage, Karyn and her husband have been blessed with two sons, Kyle Johnson and Tyler Johnson. 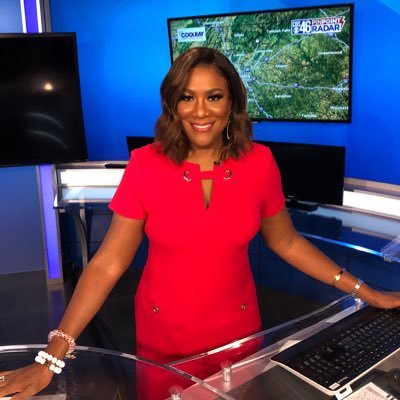 Greer works for WGCL / CBS46 as an investigative reporter. She has become a well-known anchor in Atlanta thanks to her exceptional abilities in both reporting and hosting breaking news. She has received six Southeast Emmy awards, two Atlanta Association of Black Journalists awards, and a National Association of Black Journalists Salute to Excellence award.

Greer is also a member of Alpha Kappa Alpha Sorority, Inc. and The Sport of Giving’s board of directors. Who’s Who in Black Atlanta featured her. Greer began her career in journalism in 1984 as an anchor and reporter at WICD-TV, then moved to WCSC-TV as a weekend anchor. In 1989, she became an anchor at WGNX-TV, and in 1999, she became a news anchor at WXIA-TV / WATL-TV.

Karyn has an estimated net worth of $200,000-$500,000 as of 2022, from her successful career. Karyn’s primary source of income is her career as a Journalist. Through her various sources of income, She has been able to accumulate good fortune but prefers to lead a modest lifestyle.