Taylor Tomlinson is a beautiful and talented American comedian best known for her two Netflix special releases, “Quarter-Life Crisis” and “Look at You”. She has also appeared on The Tonight Show, Conan as well as other Comedy Central Productions.

Tomlinson celebrates her birthday on the 4th of November every year.

Tomlinson stands at an average height of 5 feet 8 inches with a moderate weight.

Tomlinson was born and brought up in the USA by her loving parents. However, she has not disclosed any further information about her family. She has three younger sisters whom she loves and adores.

Tomlinson has an estimated net worth of $200,000-$500,000 as of 2022, from her successful career. Taylor’s primary source of income is her career as a comedian. Through her various sources of income, Tomlinson has been able to accumulate a good fortune but prefers to lead a modest lifestyle. 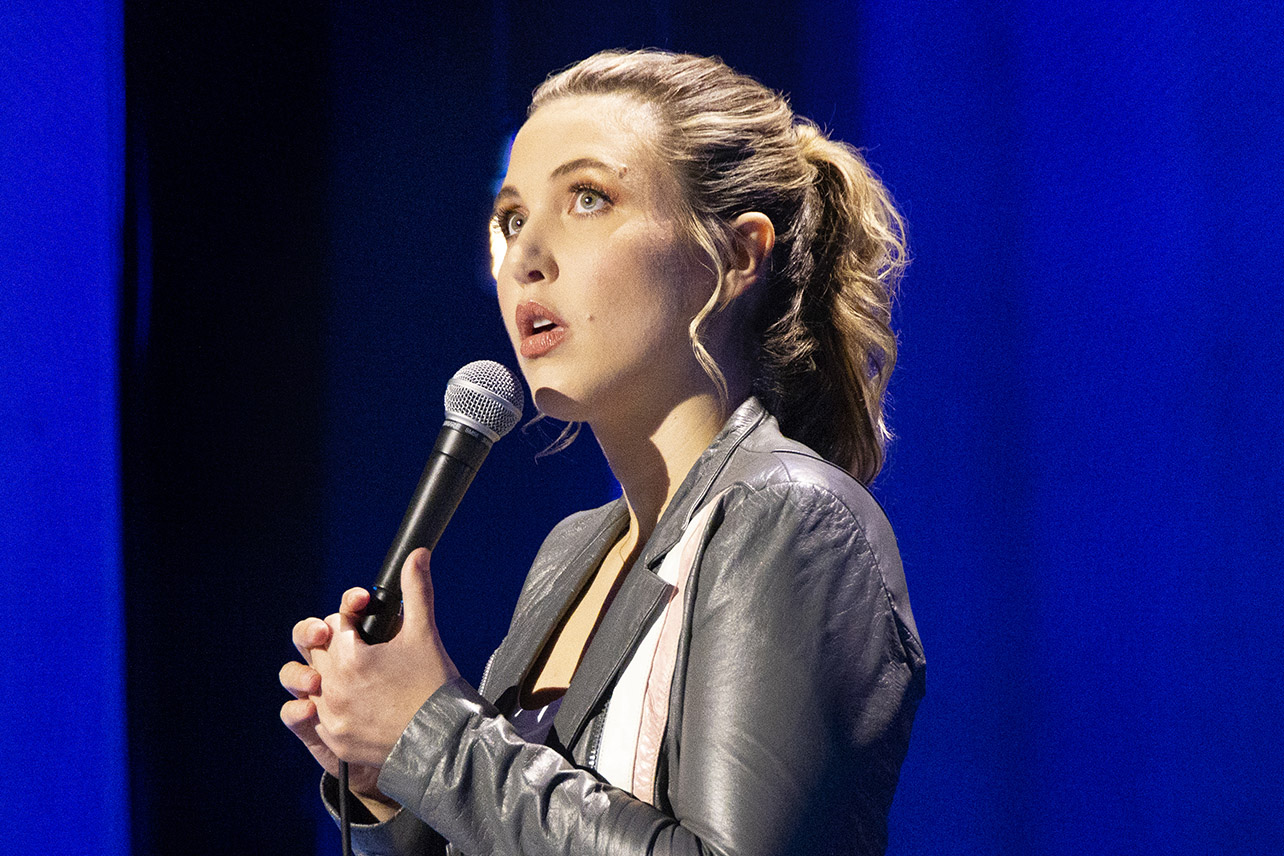 Tomlinson began performing stand-up comedy at the age of 16 after her father enrolled her in a class. She performed in church basements, school auditoriums, and coffee shops, among other places. In 2015, she was a top 10 finalist on NBC’s Last Comic Standing’s ninth season, and she was named one of Variety’s “Top 10 Comics worth Watch” at 2019 Just for Laughs Festival.

In 2017, she wrote a sitcom for ABC, however, it was never picked up for a pilot. In 2018, she appeared on an episode of the Netflix stand-up series The Comedy Lineup and did a 15-minute set. Quarter-Life Crisis, Tomlinson’s first Netflix stand-up special, was released in March 2020. Later that year, she went on the Codependent Tour with fellow comic Whitney Cummings. In that same year, she co-hosted the podcast Self-Helpless with fellow comedians Kelsey Cook and Delanie Fischer.

According to WTF with Marc Maron, Tomlinson is dating Sam Morril, Ansel Elgort’s biological cousin. The couple started dating shortly before lockdown began in 2020, and they documented their (mis)adventures of living together so soon in an Instagram series called New Couple Gets Quarantined.