Peggy Noonan is an American weekly columnist for The Wall Street Journal as well as a contributor for both ABC News and NBC News. In addition, she also worked as a primary speechwriter and special assistant to President Ronald Reagan.

Noonan celebrates her birthday on the 7th of September every year.

Noonan stands at an average height of 5 feet 8 inches with a moderate weight.

Noonan was born and brought up in the USA by her loving parents. However, she has not disclosed any further information on her family or her siblings.

Noonan is a proud graduate of Fairleigh Dickinson University.

Noonan was previously married to Richard W. Rahn with whom she has one child named Will. The pair got divorced in 1990 after being married for five years.

Noonan has an estimated net worth of $3 million as of 2022, from her successful career. Noonan’s primary source of income is her career as a columnist and speechwriter. Through her various sources of income, Noonan has been able to accumulate a good fortune but prefers to lead a modest lifestyle. 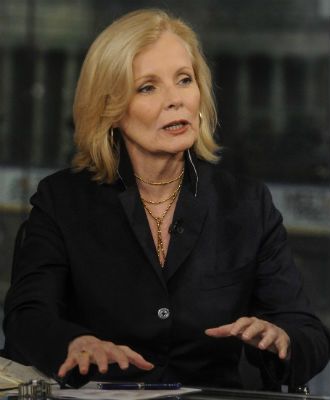 Noonan currently works as a columnist for The Wall Street Journal, prior to joining The Wall Street Journal, Noonan wrote his “Boys of Pointe du Hoc” address on the 40th anniversary of D-Day as a speechwriter for President Ronald Reagan in 1984. She also penned Reagan’s national address in the aftermath of the Challenger disaster, drawing on poet John Magee’s remarks about aviators who “slipped the surly ties of the earth… and touched the face of God.” According to a list developed by scholars at the University of Wisconsin–Madison and Texas A&M University, the latter is listed as the sixth-best American political speech of the 20th century. According to the website American Rhetoric, the “Pointe du Hoc” speech is ranked the 58th best speech of the century.

Later, while working for then-Vice President George H. W. Bush’s 1988 presidential campaign, Noonan invented the slogan “a kinder, gentler nation” and popularized the phrase “a thousand points of light,” both of which Bush popularized. Bush’s acceptance address at the Republican National Convention in New Orleans, in which he promised: “Read my lips: no new taxes,” was written by Noonan. Bush’s later repudiation of this vow is frequently recognized as a primary factor for his re-election failure in 1992.

Noonan took a brief unpaid leave from The Wall Street Journal in mid-August 2004 to campaign for George W. Bush’s reelection. Noonan wrote about Sarah Palin’s vice-presidential candidacy in The Wall Street Journal during the 2008 presidential campaign. Palin did not demonstrate “the tools, the equipment, the knowledge, or the philosophical grounding one hopes for, and expects, in a holder of high office,” according to Noonan, who concluded that Palin’s candidacy marked a “vulgarization in American Politics” that is “no good… for conservatism… or the country.” Many conservatives reacted angrily to such statements.