Myles Truitt is a handsome and talented American actor who is best known for his role in Kin where he portrays Eli Solinski. In addition, he has also appeared on Black Mafia Family as B-Mickie and on Queen Sugar as Ant. Truitt currently holds a role on the fourth season of Stranger Things where he Portrays Patrick.

Truitt celebrates his birthday on the 1st of February every year.

Truitt stands at an average height of 5 feet 10 inches with a moderate weight.

Truitt was born and brought up in the USA by his loving parents. However, he has not disclosed any further information on his family or his siblings.

Truitt is yet to reveal where he attained his education. Nonetheless, this information will be updated as soon as it is available.

Truitt has not disclosed any information on his relationship status. It is not known whether he is in a relationship right now. His girlfriend and partner will soon be updated.

Truitt has an estimated net worth of $1 million as of 2022, from his successful career. Truitt’s primary source of income is his career as an actor. Through his various sources of income, Truitt has been able to accumulate a good fortune but prefers to lead a modest lifestyle. 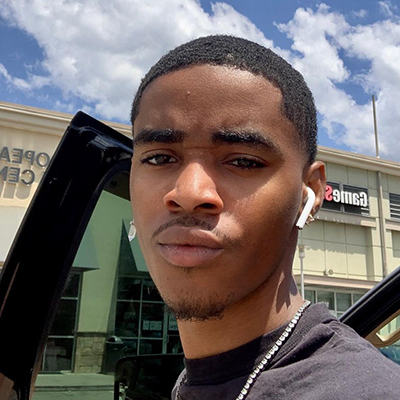 At the age of 11, Truitt grew interested in acting. In The New Edition Story, he makes his debut as a young Ronnie DeVoe. He continued to play modest roles on television until he made his feature film debut in Kin. Truitt considered the job to be personal to him.

Truitt starred in the television series Atlanta as Devin, a bullied young man. He landed the role of Ant on Queen Sugar and played Issa Williams in Black Lightning. Truitt had never heard of the comic book character before appearing in the series, but he got intrigued by him.

Truitt currently portrays Patrick on Stranger Things as of 2022 in a recurring role.

Truitt has appeared in a large number of movies and television shows, some of which include;