Logan celebrates her birthday on the 29th of March every year.

Logan stands at an average height of 5 feet 8 inches with a moderate weight.

Logan was born and brought up in South Africa by her loving parents. However, she has not disclosed any further information on her family or her siblings.

Logan earned her Commerce degree from the University of Natal in Durban, South Africa.

Logan is married to her loving husband, Joseph Burkett. In their marriage, Logan and her husband have been blessed with two wonderful children.

Lara Logan Net Worth | How Rich Is Lara Logan?

Logan has an estimated net worth of $200,000-$500,000 as of 2022, from her successful career. Logan’s primary source of income is her career as a Journalist. Through her various sources of income, Lara has been able to accumulate a good fortune but prefers to lead a modest lifestyle. 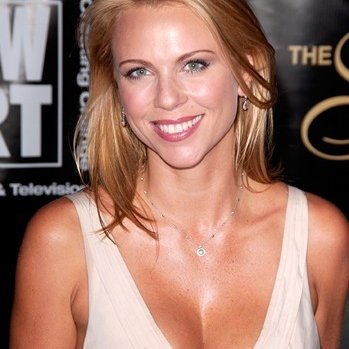 Logan was hired by Fox News in 2020 to host Lara Logan has No Agenda, a series of programming. “Despite the ‘No Agenda’ slogan, Logan does plan to return to the topic of media bias,” according to the Los Angeles Times.

Logan pushed misinformation and conspiracy theories regarding AIDS and COVID-19 in November and December 2021. She circulated articles that questioned the scientific consensus that HIV is the cause of AIDS. She compared Anthony Fauci, the director of the National Institute of Allergy and Infectious Diseases, to Nazi Josef Mengele.

Logan has not appeared as a guest on Fox News since making her remark, and there have been no new episodes of Lara Logan has No Agenda since then. Logan claimed in March 2022 that Fox had “dumped” her.

Logan began her career as a correspondent for GMTV Breakfast Television in the United Kingdom in 2000, and she has also worked as a freelance correspondent for CBS News Radio. She requested a clerk at the Russian Embassy in London for a visa to travel to Afghanistan just days after the September 11 attacks. She infiltrated the American-British-backed Northern Alliance and interviewed their commander, General Babajan, at the Bagram Air Base in November 2001 while working for GMTV in Afghanistan.

In 2002, CBS News offered her a full-time reporter position. She spent the next four years reporting from the front lines, including conflict zones in Afghanistan and Iraq and was frequently embedded with US forces. Logan stepped down from CBS News in August of 2018. The next year, she worked as a correspondent for the Sinclair Broadcast Group on a temporary basis, reporting on the US-Mexico border