Brian Williams is an American journalist and retired television personality who is best known for being a reporter and news anchor for NBC Nightly News. He also worked for MSNBC where he was the host of The 11th Hour.

Williams celebrates his birthday on the 5th of May every year.

Williams stands at an average height of 5 feet 8 inches with a moderate weight.

Williams was born and brought up in the USA by her loving parents, Dorothy May and Gordon Lewis Williams. Williams is the youngest of four siblings.

Williams attended George Washington University after having studied at both Brookdale Community College and the Catholic University of America. However, he did not earn a degree.

Brian is married to her loving wife, Jane Gillan Stoddard. In their marriage, Williams and his wife have been blessed with two wonderful children, Allison Williams, and Doug Williams.

Williams is the proud father of Allison Howell Williams who is an American actress best known for plating Marnie Michaels in the HBO comedy-drama series “Girls”.

Williams has an estimated net worth of $500,000-$1 million as of 2022, from her successful career. Brian’s primary source of income was his career as a Journalist. Through his various sources of income, Williams has been able to accumulate a good fortune but prefers to lead a modest lifestyle. 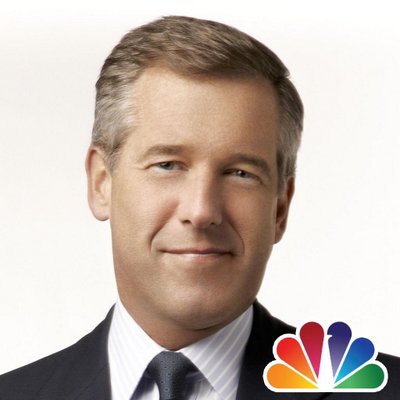 Williams took over as anchor of NBC Nightly News on December 2, 2004, after Tom Brokaw retired. Williams had to apologize for claiming there are “greater challenges” than newsroom diversity the year he took over, in December 2004. President of NBC News Neal Shapiro pledged to increase the company’s minority hiring initiatives.

Williams frequently appeared on The Daily Show as a celebrity guest interviewed by Jon Stewart, and beginning with the premiere of the new Daily Show set in 2007, made regular cameos as a giant head sidekick looking on Jon Stewart and assisting with pronunciations of foreign names and other foreign affairs. He appeared on the Dane Cook-hosted Weekend Update portion of Saturday Night Live’s season 32 premiere. On November 3, 2007, he presented a season 33 episode, becoming the first and only sitting network news anchor to do so.

He took over as anchor of MSNBC’s political news show The 11th Hour in September 2016. In November 2021, Williams revealed that he would be departing MSNBC and NBC News at the end of his current contract the following month when he hosted his final episode of The 11th Hour.

Williams hosted The 11th Hour with Brian Williams, a nightly news and politics wrap-up show, as part of his lead anchor duties. In February 2019, the New York Post called the show a “legit hit,” noting that it had been “beating CNN and Fox News for three months straight.” Williams oversaw the network’s coverage of the 2020 US presidential election alongside co-anchors Rachel Maddow and Joy Reid, as well as lead analyst Nicolle Wallace.

After five years presenting the show and 28 years with the networks, Williams announced on November 9, 2021, broadcast of The 11th Hour with Brian Williams that he would be departing NBC News and MSNBC at the end of his contract the following month. On December 9, 2021, he will host the show for the final time.