Amy Freeze is a beautiful and talented American journalist, anchor, and meteorologist who currently works at Fox Weather as a meteorologist. Prior to joining Fox Weather, she worked as the chief meteorologist at Fox-owned-and-operated WFLD.

Freeze celebrates her birthday on the 19th of June every year.

Freeze stands at an average height of 5 feet 8 inches with a moderate weight.

Freeze was born and brought up in the USA by her loving parents. However, she has not disclosed any further information on her family or her siblings.

Freeze earned her Bachelor of arts degree in Communications from Brigham Young University. In addition, she also holds a Bachelor of Science degree in Geosciences from Mississippi State University and a Master’s degree from the University of Pennsylvania.

Freeze was previously married to Gary Arbuckle whom she divorced in 2016. In their marriage, Freeze and Arbuckle have been blessed with four lovely children.

Amy Freeze Net Worth | How Rich Is Amy Freeze?

Freeze has an estimated net worth of $200,000-$500,000 as of 2022, from her successful career. Freeze’s primary source of income is her career as a Journalist. Through her various sources of income, Amy has been able to accumulate a good fortune but prefers to lead a modest lifestyle. 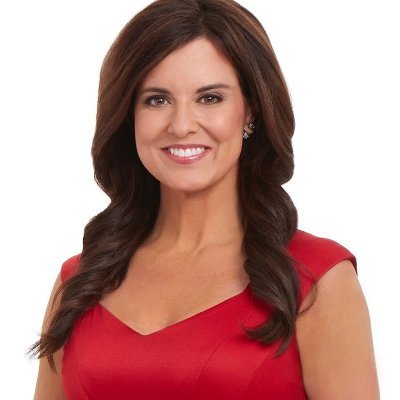 Freeze currently works as a news anchor and meteorologist for Fox Weather. Prior to that, she served as the weekend meteorologist at WABC-TV in New York as well as filling in on ABC’s Good Morning America. From 2007 through 2011, Freeze was the first female Chief Meteorologist in Chicago, Illinois, for Fox-owned and operated station WFLD.

Prior to joining WFLD, Freeze worked as a meteorologist for NBC’s WCAU in Philadelphia and co-hosted 10!, a live entertainment show on NBC10. She also worked as a substitute for NBC’s Weekend Today and MSNBC at Rockefeller Center in New York City during that time. Freeze worked at both KWGN and KMGH in Denver, Colorado. She began her broadcasting career at KPTV’s Good Day Oregon in Portland, Oregon.

Freeze worked for the Colorado Rapids, LA Galaxy, and Chicago Fire as the first female sideline reporter in Major League Soccer. She also spent four seasons on the sidelines for the NFL’s Chicago Bears.

Freeze has had surgery done on her but she is yet to reveal the kind of procedure she went through or the reason for her surgery. She however informed her fans on Facebook that she was recovering and was eager to get back to work.

Freeze had a cameo appearance in the comedy-drama television series Scrubs (2001–2010) episode “My Life in Four Cameras” (2005). In two different categories, her name has appeared on the American game show “Jeopardy.”

Where Is Amy Freeze Now?

Freeze currently resides in Manhattan and works at Fox Weather as a meteorologist and news anchor.

Ms. Freeze is currently not married, she was previously married to Gary Arbuckle whom she divorced in 2016